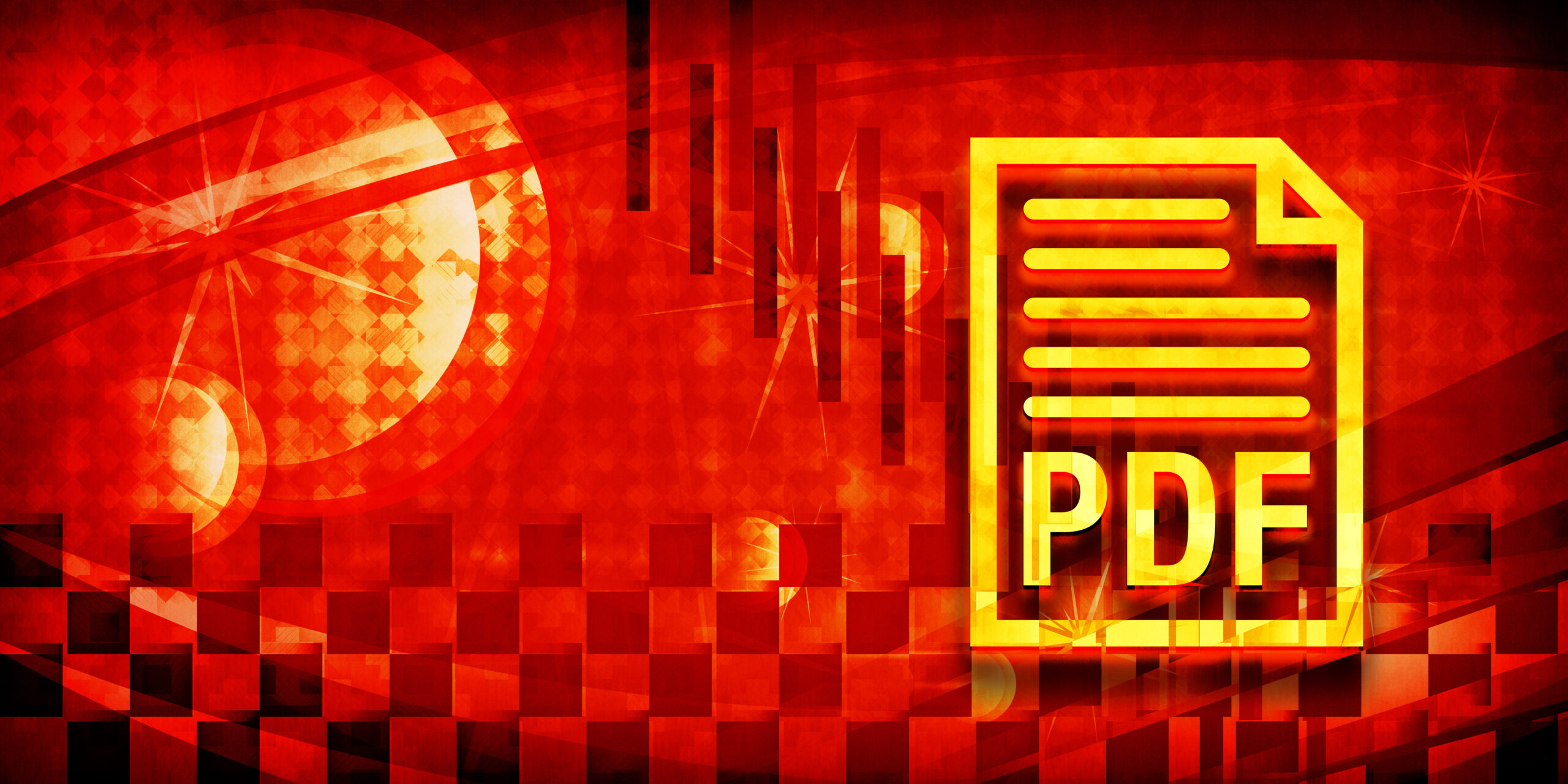 3MF is the New PDF 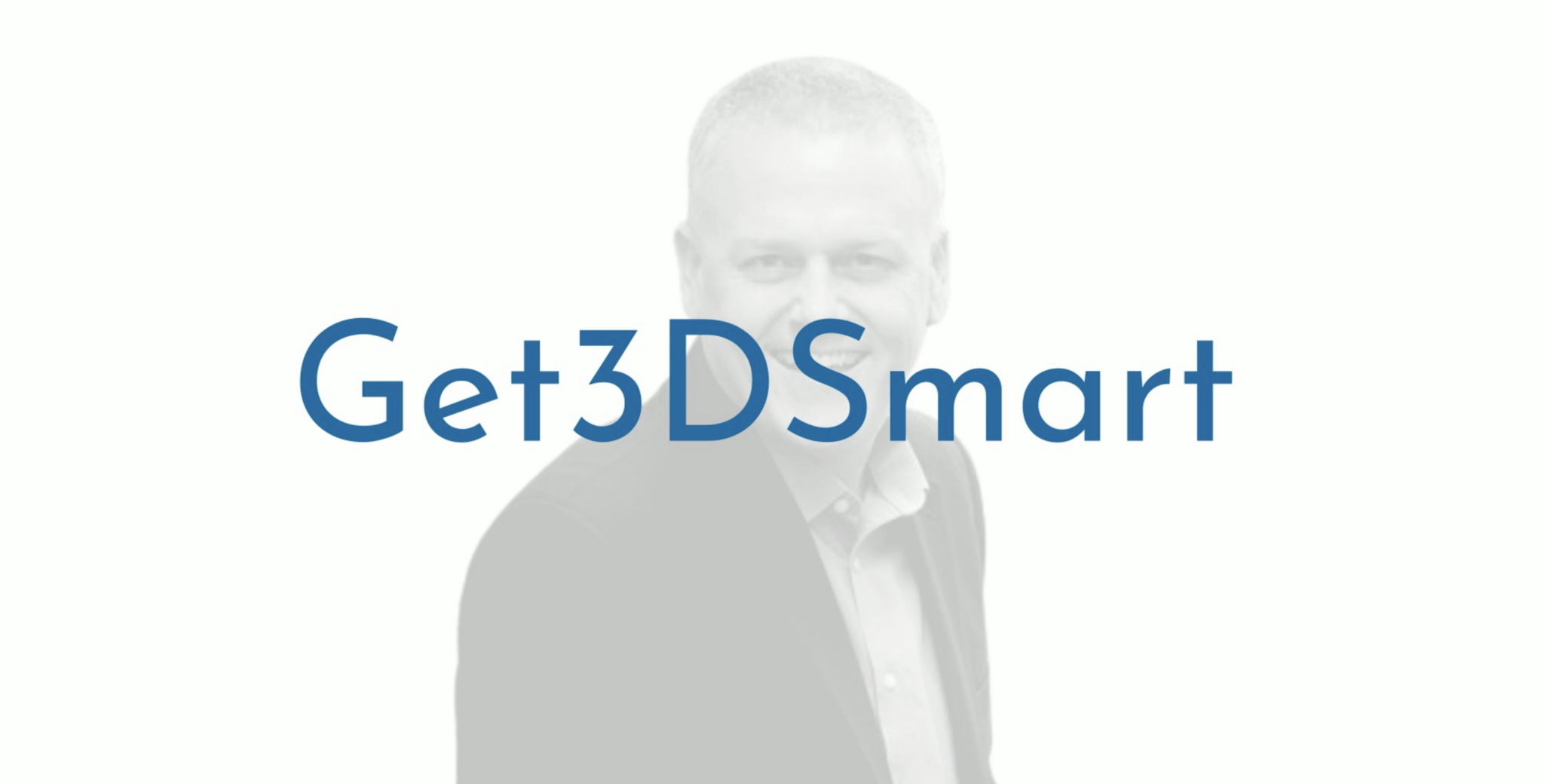 I started my career working for Xerox in 1990, right when “digital printing” was starting to take off. During those early years, we had a lot of challenges to overcome. The quality, speed, and capabilities of those early machines were definitely barriers (sound familiar?) Economics was also a big issue as printing companies traded profit for volume, and subsequently created a race to the bottom. We also had serious infrastructure problems to overcome. Remember, computers were ungodly slow and there was no internet.

In those early days, customers would create their artwork in a desktop publishing program. If you were lucky they used “professional” tools like Adobe’s Pagemaker or Quarkxpress. More often though, it was something someone made in Microsoft Publisher, or worse…the dreaded Corel Draw. Every one of those software programs required drivers, fonts, and a bunch of other stuff to work correctly, and no two computers were configured exactly alike. As a result, when you sent a file from one machine to another, the text, photos, and other elements were likely to get reformatted. Consequently, what you saw on your screen often didn’t match what a printing company saw on theirs, or for that matter what they printed on your behalf.

In order to simplify everything, the industry pushed for a common language. Postscript had been around since the mid-1980s and allowed you to convert nearly any document to a universal format, but the problem was there was no way to view Postscript files, so you had no way to proof them. As a result, a lot of paper went flying back and forth until the customer finally signed off. 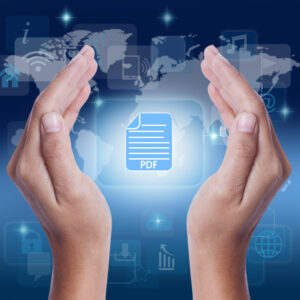 PDF to the rescue!

Adobe Acrobat was released in 1993. Not only did it allow you to view Postscript files, but promised to make them obsolete. Acrobat became compatible with Macs in 1994 and with PCs in 1996. Finally, you could design it on a Mac and view it on a PC. It was cross-compatible. Also by then, Acrobat offered some pretty advanced features, including file compression, security, and font and graphic embedding.

With all those advantages, you’d think users would have flocked to the new format. The reality was different. Many people didn’t understand the benefits and much evangelism was required to get them on board. But as email and the Internet became more widespread, the idea of a common, universal file format became more appealing. Today PDFs are ubiquitous and are used for everything from marketing materials to real estate contracts.

There are many lessons the additive manufacturing industry can learn from where digital printing was 30 years ago. Like Postscript, older file formats like STL just aren’t smart enough, flexible enough, or secure enough to drive the industry forward. They provide basic information about a part’s geometry, but not much else. As 3D printing equipment becomes more robust, especially with full color and multi-material capabilities, STL is practically worthless.

The 3MF file format has the potential to do for 3D what PDF did for the 2D printing industry. It easily allows file creators to specify size, shape, colors, materials, and more. 3MF leverages XML, making it easy to program and universally readable. Unlike STL, it also defines the mesh, or build area where a part or series of parts will be built. Not only does this provide a clear definition of manifoldness, which helps prevent print errors, it also helps reduce the file size as 3MF doesn’t need to duplicate data when identical parts are batched. 3MF can even allow users to save and share their intended slicing configuration, saving valuable time when the file is ready for production.

For an example of how this is beneficial, consider medical modeling. Healthcare professionals everywhere are beginning to realize the benefits of being able to 3D scan and print models of organs and other body parts for surgical practice and education. But patient data is covered by HIPAA and other regulations and having a way to print those models without violating a patient’s privacy rights creates a critical barrier. Instead of having to justify and invest in building internal competency, hospitals can leverage 3MF to securely outsource their model production, and then move it in-house once the demand is proven.

As with PDF in the 2D printing industry, there’s some evangelism needed to help 3MF reach critical mass. 3D printing equipment manufacturers and service bureaus need to understand and communicate the benefits. As the industry continues to mature, customers will seek to automate their workflows and reduce the costs associated with additive manufacturing. Engineers, industrial designers, and product developers need to know that they can use 3MF to remove much of the friction associated with making parts. Friction translates into cost.

As with PDF, there might be other catalysts that drive adoption. Lately, there has been a lot of excitement around non-fungible tokens (NFT). Digital assets including images, recordings, documents, and yes even 3D printable files are being sold as blockchain assets. Providing those in 3MF format would supply the buyer with important detail they can’t get from STL or a rendering. Could that alone impact the item’s value? Time will tell.

3MF is a Platform Enabler

It’s so easy to go down the rabbit hole of equipment speeds and feeds. Certainly, there is still much work to be done to make 3D printing capable enough, fast enough, and cheap enough to compete with other mainstream manufacturing technologies. Just like with 2D printing though, a complete solution goes far beyond machines and materials. You need processes and software to build anything meaningful and scalable. Like PDF before, 3MF is a platform enabler and will play a critical role in helping companies automate their workflows, directly contributing to the growth of additive manufacturing.

How do I know? Well, it’s not my first rodeo. 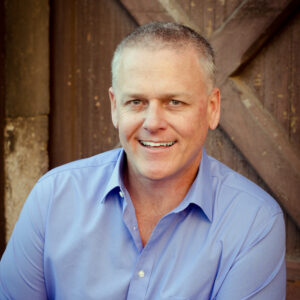 As a technology journalist, John Hauer focuses primarily on the topics of 3D printing, artificial intelligence, virtual reality and automation. His original content has been featured on Forbes, TechCrunch, Futurism, QZ.com, Techfaster.com, 3DPrint.com, and Fabbaloo, among others. John Hauer is also the Founder and CEO of Get3DSmart, a consulting practice that helps large companies understand and capitalize on opportunities with 3D printing. Follow John on Twitter at @Get3DJohn